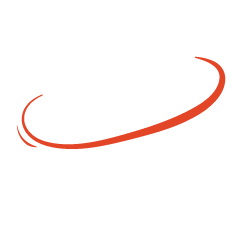 Cyprus has in place a simplified, effective and transparent tax regime that offers attractive Tax Incentives to foreign investors and international organisations including, amongst others, the following:

The country’s transparent tax regime is fully compliant with EU and Organisation for Economic Co-operation and Development (OECD) laws and regulations.

Cyprus has signed and ratified Double Tax Treaties (DTT) with more than 65 countries. The DTT are based on the OECD Model Tax Convention for the Avoidance of Double Taxation.

The existence of an extensive and increasing network of DTT is an important factor that contributed to the promotion of Cyprus as a tax efficient jurisdiction. The DTT are very useful, legal, tax-planning instruments which protect legal persons and individuals against the double taxation of income earned in other countries.  As a result, international businesses operate with stability and minimise uncertainty.

Cyprus is the South-Eastern border of the EU, situated in the Eastern Mediterranean at the crossroads of three continents: Europe, Africa and Asia.

Cyprus is just a few hours flight from Europe, North Africa, Russia, the UAE and other countries in the area.

The strategic geographical location of the island is one of the main factors that contributed to its development as an international business and financial centre promoting global trade and cooperation in the region.

Cyprus has a robust, modern and forward-looking legal and regulatory framework based on English Common Law principles and is in line with the EU laws and regulations.

The country’s legal framework is widely recognised as a business-friendly and effective system that facilitates reliable and transparent business practices.

The services sector in Cyprus is well developed and forms a major part of the economy of the country.

The role of the professional firms of qualified Accountants, Auditors, Lawyers, Consultants, Banks, Finance, and Insurance companies is vital in providing business support and one of the main factors leading to the success of the country.

Cypriots are highly educated, qualified and almost all are bilingual, if not multilingual.

Most importantly, however, business is still done with a personal attention and care.

The cost of the skilled labour is very competitive compared to other European and international business centres.

The setup as well the ongoing cost of doing business in Cyprus is lower compared to the major EU and other jurisdictions.

The island offers access to talents and professionals as well as office rental and other maintenance works at affordable and competitive rates.

The island’s strategic geographical location combined with the tax incentives offered as well as its successful operational infrastructure ranks the country amongst the leading shipping centres in the world.

The Republic of Cyprus acceded to the European Union (EU) as a full member on 1 May 2004.

In addition, on 1 January 2008 the Republic of Cyprus joined the European Monetary Unit (EMU) with a robust economic performance.

Cyprus has a healthy and pleasant Mediterranean climate with dry summers and mild winters with an average of 300-340 days of sunshine a year. Most of the rain falls during the months of November to April.

Cyprus offers a wonderful environment with beautiful sandy beaches, traditional and rich Cyprus cuisine, golf fields, marinas, water sports and other activities, a quality standard of living and above all, hospitable and friendly people.

Cyprus is ranked as one of the safest countries in the world with a very low crime rate.

Cyprus has an excellent infrastructure with modern road network, extensive port facilities and two new international airports. The island is a destination hub for businessmen and tourists connecting Europe with Middle East, Asia, Africa, and the rest of the world. The telecommunications network ranks amongst the finest in the world.